3 ROLLER COASTERS TO RIDE AT SEAWORLD

It’s been a busy and hectic year for the Orlando Theme Parks, but a great time to be a park-goer. While Orlando is home to some of the best entertainment and experiences. From the Disney Parks, Universal Studios, to all of the amazing food. While all of these offer their own variety of experiences, tastes, and smalls, they may not offer the things you’d like to do. Whether you’re a local, or just visiting from out of town with your family, Sea World may just be the park you will attend. That’s why today we decided to head out to Sea World to show you some of the roller coasters you and your family could be thrilled about! Join us as we highlight some of the roller coasters you and your family can ride at SeaWorld! 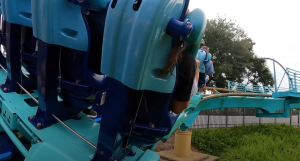 From the frightening tall tales, SeaWorld Orlando’s mighty Kraken is a monster of a coaster like no other. Kraken here at SeaWorld Orlando is a steel roller coaster that is floorless. The Kraken is Orlando’s only floorless roller coaster and the ride itself is themed after the massive, mythological underwater creature that was unleashed from the depths of the sea. Manufactured by Bolliger & Mabillard, Kraken opened on June 1, 2000 as the second longest floorless coaster in the world! With a track length of 4,177 feet, it features a total of 7 inversions and reaches a maximum speed of 65 mph. On the ride itself, riders’ feet dangle as they travel in open sided seats, zooming on a pedestal above the track at highway speeds. If you’re in the mood for a thrilling coaster, Kraken could just do it for you here at SeaWorld Orlando! 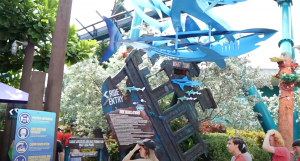 Are you in the mood for high speeds, deep dives, and thrills around every turn? If so, Mako is just for you! Named after one of the deep ocean’s fastest sharks, Mako reaches up to 73 mph and up to 200 feet high! Mako is a steel roller coaster located in the Sea of Mystery section of SeaWorld Orlando. Being manufactured by Bolliger & Mabillard yet again, this hyper coaster is just a pocket full of accelerating thrills! Mako was marketed as the tallest, fastest, and longest roller coaster in the state of Orlando. This coaster has been well received, ranking every year since it’s opening in the top 50 of the annual Golden Ticket Awards publications from Amusement Today! Mako is one of the 5 roller coasters at SeaWorld Orlando as well as the first since Manto opened in 2009. Take a deep dive through the shipwreck reef on Orlando’s tallest and fastest roller coaster! 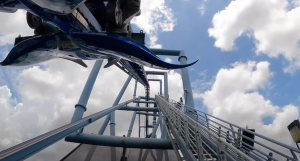 Have you ever wondered what it’s like to spin, glide, skim and fly like a giant ray? Well now you can with Manta, experience the only flying roller coaster of it’s kind in Florida! Manta is a steel flying roller coaster here at SeaWorld Orlando, designed by Bolliger & Mabillard yet again. This attraction here at SeaWorld allows guests to encounter numerous species of ray before boarding the manta ray shaped coaster. Riders are exposed head-first, face-down inverted nosedive, but that’s not all! You can experience the full force and power of riding the seven seas, all on one of the greatest tracks in the world. The ride itself reaches top speeds of 56 mph, has a 3,400 ft long track and features 4 inversions. Head out to SeaWorld Orlando to fly like a manta ray on the Manta roller coaster!

CHECKOUT OUR LAST VLOG AT SEAWORLD!

It’s been a busy and hectic year for the Orlando Theme Parks, but a great time to be a park-goer. Whether you’re a local, or just visiting from out of town with your family, Sea World may just be the park you will attend. Here is our highlight of some of the roller coasters you and your family can ride at SeaWorld! Let us know if you decide to head out to SeaWorld on your vacation, and let us know which coaster was your favorite! 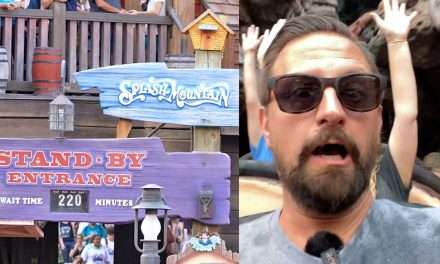 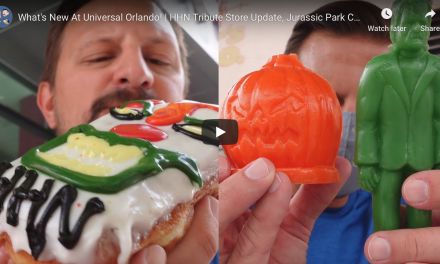 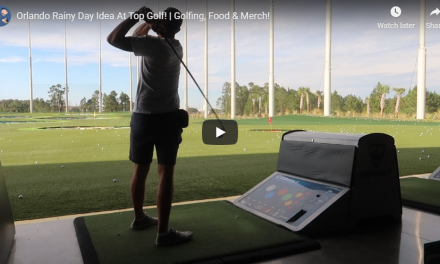 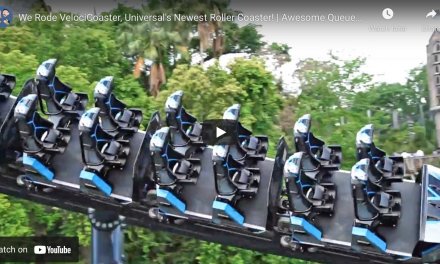