Why We Enjoyed Brunch at Epcot’s Le Cellier Steakhouse 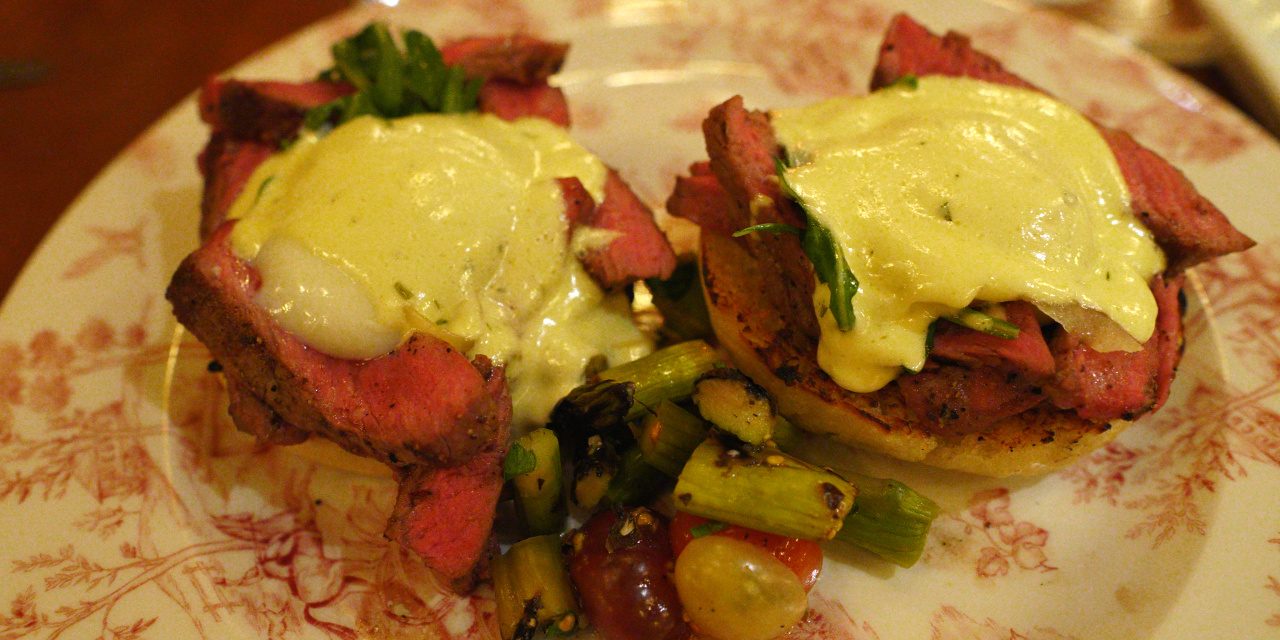 Walt Disney World constantly updates its offerings, which is one of the largest perks of being a Disney parks fan! When a new experience comes to the parks, you add it to the bucket list. So, when Le Cellier Steakhouse announced it would host brunch on weekends during the 2020 Epcot International Festival of the Arts? You bet we made a reservation immediately.

Of course, we will discuss the delectable dishes that appeared on the menu. But first, let’s dive into the details. Le Cellier offered a brunch on Saturdays and Sundays only from 11 a.m. to 3 p.m. that began on January 18th and ran through February 23rd. The meal consisted of a prix fixe menu and cost $67 per adult/$39 per child (ages 9 and under) or 2 Disney Dining Plan credits.

Alright, now that we’ve covered the basics, let’s chat all about the food. What flavors were featured in the menu? What dish emerged as the favorite? Was the overall experience worth the price tag? We’ll cover all of the answers to those questions and more. 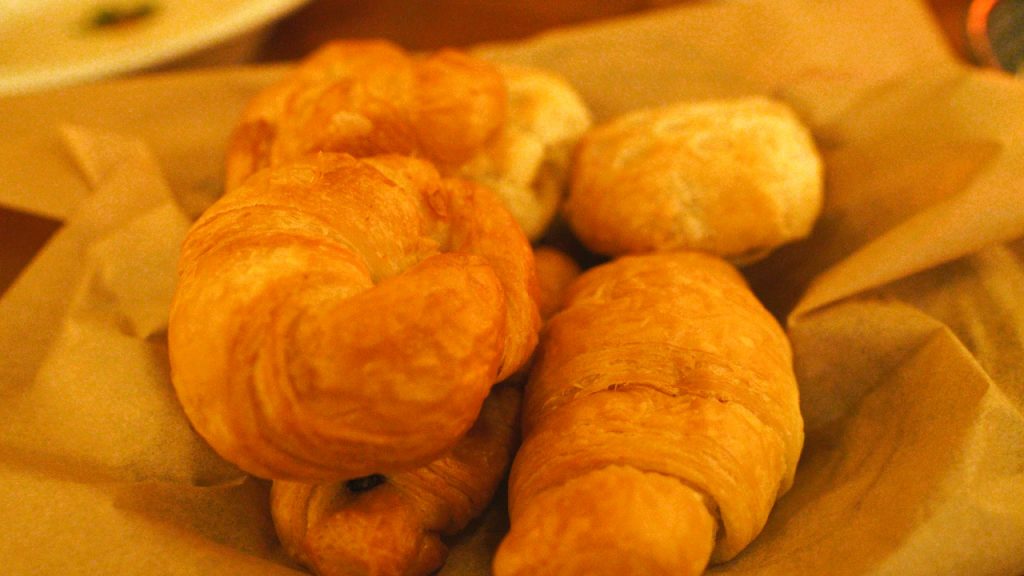 To begin, each table received a basket of tasty pastries. Our basket included buttery croissants, croissaints filled with chocolate, and pastries with an apple filling. The best part? Each one was served warm, which elevated the “yum” factor. Fun fact: our server stated these pastries are the same kind found in the France pavilion of World Showcase, which explains why the contents of our basket disappeared within minutes! They were absolutely scrumptious. 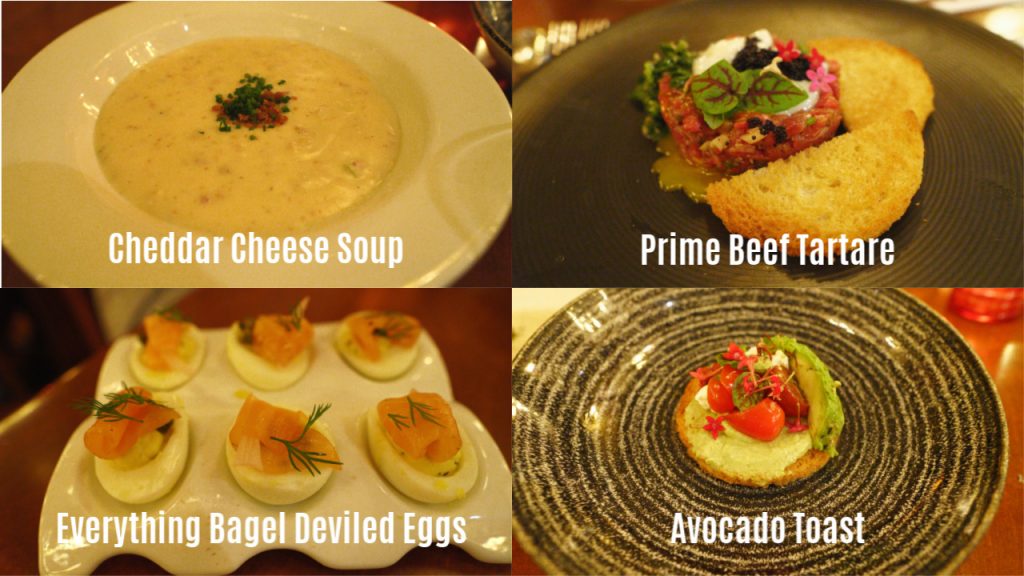 Included in the price of a meal was the choice of one of four appetizer options: Cheddar Cheese Soup, Prime Beef Tartare, Avocado Toast, or Everything Bagel Deviled Eggs. Honestly, you couldn’t go wrong with any of these dishes. The cheddar cheese soup was a creamy classic. The prime beef tartare provided a fresh flavor. The everything bagel deviled eggs offered the most unique taste with the addition of the salmon and crispy capers. However, the star of the show was definitely the avocado toast! The combination of the avocado cream alongside the crunchy brioche toast was perfect, and the tomato jam added a much-needed acidity to complement the creaminess of the goat cheese.

For the next course, you could choose one of the following entrees: Montreal-spiced Corned Beef Hash, Steak and Eggs Benedict, Lobster and Grits, or Cinnamon Roll-French Toast Bread Pudding. For this portion of the meal, we would recommend either the steak and eggs benedict or the lobster and grits. Both of these dishes were executed flawlessly, which is why they rose to the top of our favorites list. 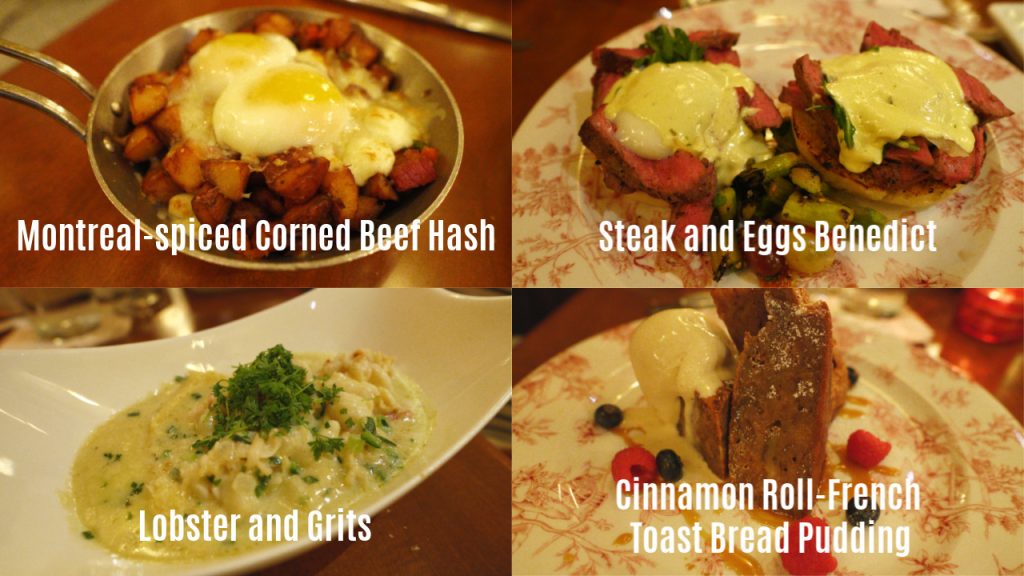 Of course, it is no surprise that a steakhouse would cook a mouthwatering steak, but what stood out to us was actually the egg component of the steak and eggs benedict. The egg was cooked at 63 degrees Celcius, which produced a creamy liquid yolk that enhanced the overall flavor of the entire dish. Similarly, the lobster and grits included bits of tender lobster meat, but the standout flavor came from the lemon cream sauce. The sauce was ultra creamy and ultimately addictive. Ding dang!

The cinnamon roll-french toast bread pudding was a delicious option if you tend to enjoy sugary and sweet items. Unfortunately, the montreal-spiced corned beef hash was a tad disappointing as the ratio of corned beef to potatoes was grossly imbalanced in favor of the spud, though the melted cheddar cheese curds on top were the highlight of this skillet. 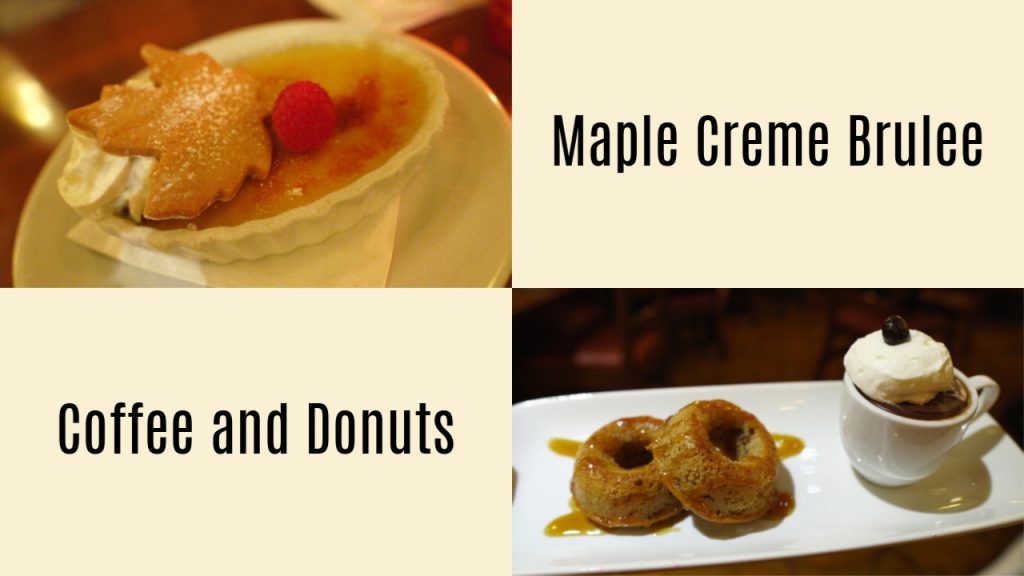 The last element of brunch at Le Cellier Steakhouse was dessert; you could either choose the Maple Creme Brulee or the Coffee and Donuts. Both options were tasty, so neither one stood out as a clear “winner” in this duel of the desserts. If you prefer a sweet treat with a smooth sensation, then the creme brulee would be for you! But if you prefer a confection with more of a bite to it, the coffee and donuts would be a solid choice! The coffee-flavored mousse was by far the best part of this dish, but be warned – the donuts were a tad dry.

Overall, this was a delightful dining experience that we would add near the top of our favorites list! Obviously, we highly enjoyed the cuisine, but there was another component of the meal to add to the highlight reel. Service was impeccable; an attentive and knowledgable server can positively impact the overall experience, which was the case for our meal! In our opinions, this meal was worth the price tag and we have our fingers crossed that this brunch offering at Le Cellier Steakhouse will make a return soon. 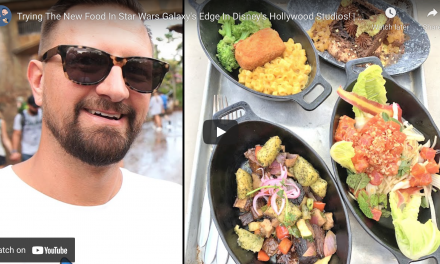 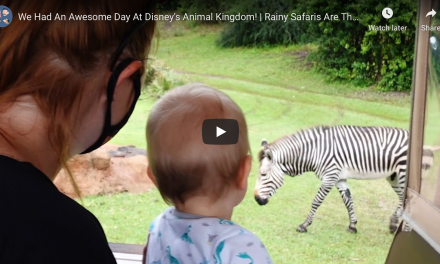 3 THINGS TO DO AT DISNEY’S ANIMAL KINGDOM 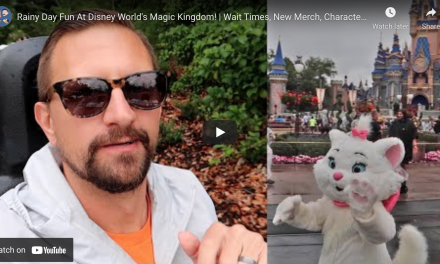