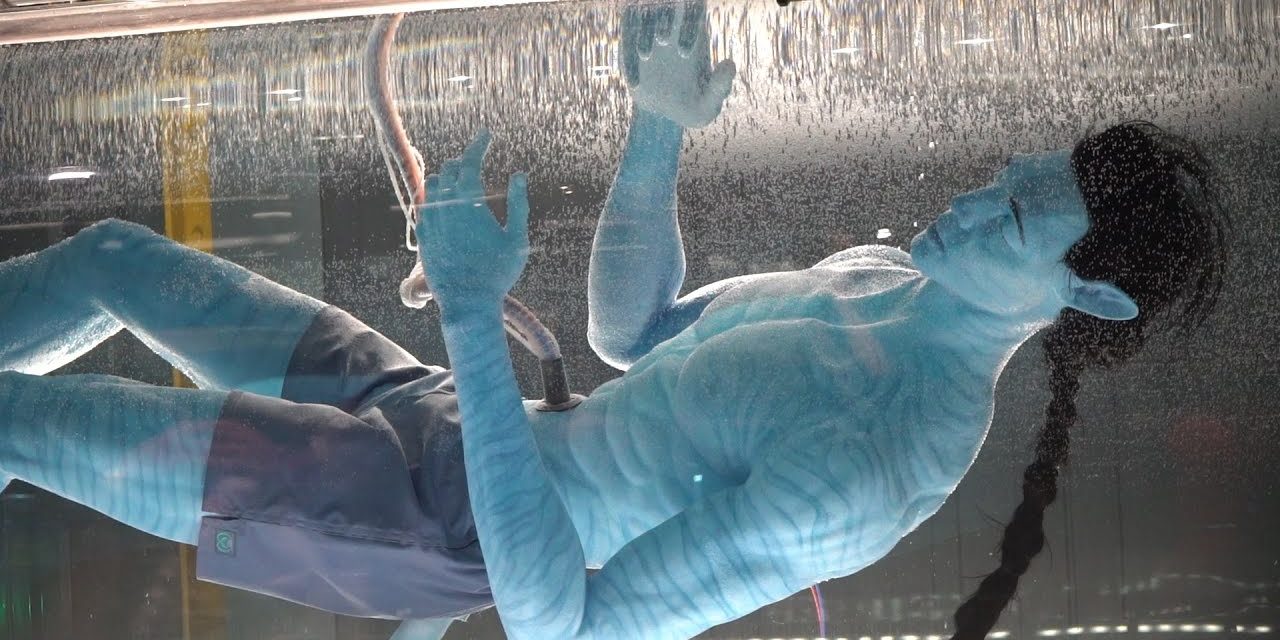 Nearly everyone is excited about the opening of Star Wars: Galaxy’s Edge. Orlando’s won’t
open for almost three months, but Galaxy’s Edge: West Coast opened in Disneyland last Friday.
As most of you already saw, Tim got to attend a media preview prior to opening day.

It was an awesome opportunity for Tim to explore and share the new land with all of us, without
elbow-to-elbow crowds from Endor to Tatooine.

But while everyone loves Star Wars, for the most part, let’s not forget that this is not Disney’s
first intergalactic theme park land. Nor was it Tim‘s first trip into outer space via Disney
Imagineering. Two years ago, Tim and Jenn were able to attend a sneak preview of Pandora:
The World of Avatar at Disney’s Animal Kingdom, and as expected, it was breathtaking.
And not just because of the inhospitable Pandoran atmosphere!

According to the movie Avatar, it takes almost 6 years to get to Pandora from Earth, suspended
in Cryosleep aboard a giant starship, but thanks to Disney, it only takes most of us a matter of
hours on an airplane or a car.

Full disclosure: I love the movie avatar. I’m an unabashed Avatar geek. I actually have an
Avatar collection, including a number of signed stills from the movie. So no one was more
excited than me when it was announced, practically out of nowhere, that Walt Disney World had
partnered with James Cameron to build an Avatar themed land. It was an unexpected but
exciting answer to the recently opened wizard in world at Universal. Eywa be praised, this was
also before Disney acquired Star Wars. Otherwise, who knows if it would’ve ever happened.
But when I saw Tim and Jenn’s video pop-up saying they got an early preview, I had to stop
whatever I was doing to watch immediately.

The way many of you couldn’t wait to see a life-size Millennium Falcon is how I felt about seeing
those mythic floating “Hallelujah mountains” of Pandora. Watching the video I practically forgot
that there were actual attractions hidden within the land. Which is probably good considering as
Tim and Jenn were notified that day, the marquee attraction Flight of Passage would not be
running (hey, even Star Wars land is opening with only one of its two rides operational.) As
you’ll see, FoP actually was up and running before Tim and Jenn’s visit was over and they DID
get to the experience the amazing attraction.

I love Flight of Passage at Animal Kingdom so so much! 😭❤️ #DisneyAfterHours #hosted #DAK

Watching the vlog, it was clear at once the attention to detail and sense of immersion blew away
anything Walt Disney World had ever done before to that point. Down to even what might seem
like insignificant details like drawings from A.C.E. scientists’ families back on Earth, or the
“Human food only” sign on the lab’s mini-fridge. Disney artists took great pains to create
convincing indigenous artwork like the cave paintings, and various decorations like the “Blair
Witch Banshee” Tim pointed out.

I love that there are no gaudy giant signs pointing out the attractions in this land. There are
totems representing the living creatures within Pandora, like the “wicker” banshee and Na’vi
shaman. Actually, I will admit there seems to be a lot of wicker on Pandora. Even the boats for
Na’vi River Journey look like they might be sold at Pier 1 Imports
What I was really taken by was the seamless integration of real and Imagineer-made natural
beauty and majesty. The flora and fauna look as if it all grew right up from the soil. You forget
it’s a theme park. There’s no sign of Expedition: Everest looming on the horizon. No castle. No
silver sphere. Just a gorgeous forest moon for you to explore.
Plus this moon has one of the most moving soundtracks (albeit copyrighted – sorry for the extra
editing Jenn) much of which taken directly from the film score composed by the late James
Horner (Titanic, The Rocketeer.) And even better, this moon has cheeseburger pods and green
ale!

I think Pandora may be my new favorite area in all of Walt Disney World. #visitpandora

Pandora is something special, above all other theme park lands. Aside from the beauty, I love
the message. The conflict is over. The bad guys are long gone. The weapons are rusting. The
human world is working within the natural world, protecting it and preserving it, rather than trying
to subdue and exploit it. It’s more than a theme park land; it’s a place for inspiration, and a
vision of a hopeful future. As Tim and Jenn point out, that’s exactly why it’s a perfect fit for
Animal Kingdom.

And when you see it at night, it’s a whole other world! 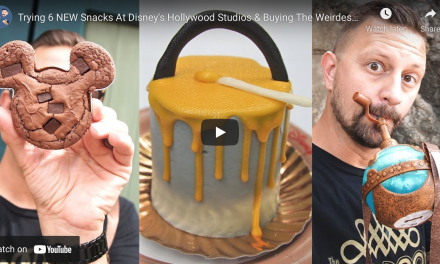 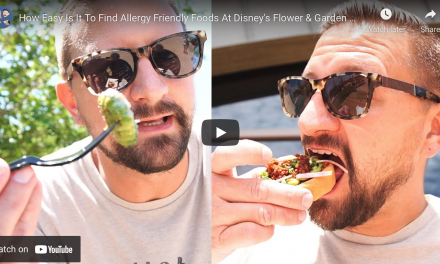 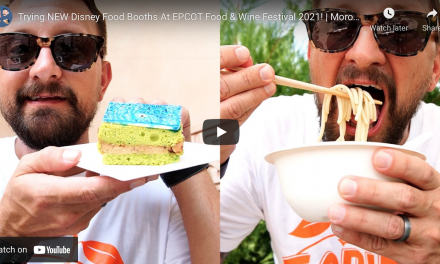 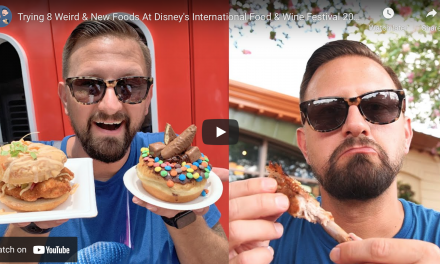