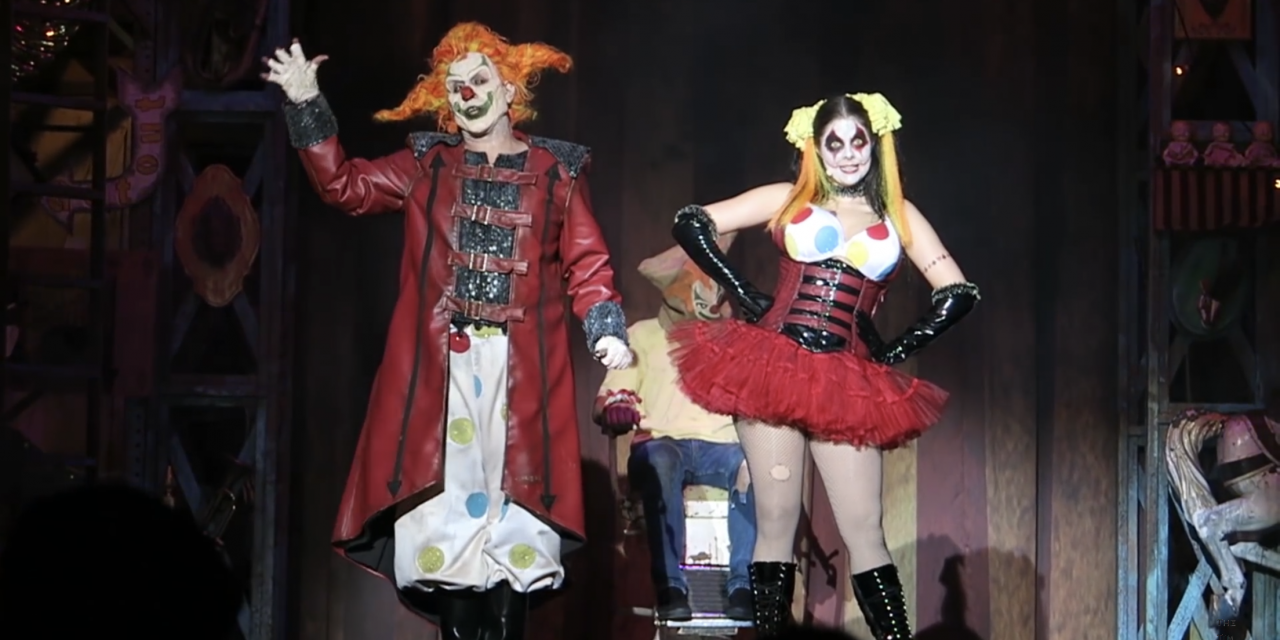 It’s almost the most wonderful time of the year.

No, Christmas is NOT starting now.

It’s mid-August. Summer is rapidly nearing its denouement. Kids are going back to school. The stores are turning over their seasonal sections. Candy is appearing in bulk bags that we all know will still never make it to the end of October. Like regenerated masked maniacs, we’re creeping closer and closer Halloween.

That means haunt season is almost upon us. And the biggest Halloween event of them all is Universal Orlando’s Halloween Horror Nights.

HHN is so popular, this year it begins on September 6th, a week earlier than previous years.Now I realize some of you aren’t necessarily fans of the creepy and crawly. Tim and Jenn usually try to balance out the amount of Horror Nights videos with general Orlando subject matter. And I will try to do the same here. The blog won’t become two straight months of Halloween material – although it easily could.

But I would offer to any of you that are preternaturally averse to mutated monsters and chainsaw-wielding clowns, that there’s more than one way to view Halloween Horror Nights and find it enjoyable. I know, because I was once the biggest chicken in the roost. I’ve always liked monster movies (not so much gory slasher flicks) and Halloween is my favorite holiday, but I had no interest in haunted houses. I was terrified of them.

The problem is the few I’d experienced in my youth were cheap, low-quality affairs with local college kids speaking with horrible British accents (I still don’t know why so many Americans think sounding British makes you scarier), buckets of fake blood, and people grabbing at your elbows from shadowy strips of black canvas hanging in a barn.

What I learned at my first Halloween Horror Nights a few years ago is that Universal’s event is far and above any local Halloween event, even those at other theme parks, at every level. The quality, the care, the budgets, the storytelling – it’s all Hollywood level. It’s a spectacle. Part haunted event. Part rock concert. Part living movies. It’s like nothing you’ve ever experienced.

One of the most important ingredients to making Horror Nights such a superior event, beyond the money spent and resources used, is the people behind the makeup and masks. Universal’s “Scareactors” are a dedicated, passionate team that live (ironic, isn’t it?) to make the event the best in the world.

Don’t believe me? Let me share a couple of my favorites who have been featured in Tim and Jenn’s vlog. Halloween Horror Nights 25 in 2015 was an embarrassment of hair-raising riches when it came to Scareactors.

Of course the big daddy of them all was the icon that year, Jack the Clown. Jack prowls the stage like a big cat trying to decide what helpless tourist to devour. And somehow you can’t help love him. That takes a special kind of performer. Another criminal clown once called himself an “agent of chaos.” Jack is the Chaos Commander in Chief. There’s no one more vicious in grease paint, above or below ground.

Except maybe Chance, the brain-bashing Bonnie to Jack’s cranium-cracking Clyde. Don’t let the alluring appearance (yes, some clowns can be alluring) and squeaky, innocent voice fool you – Chance is Jack’s deadly right-hand clown. In fact, I’d wager she’s got a collection of right hands she’s removed over the years.

For HHN’s 25th year, the master of misfits and his sadistic sidekick put on a nightly stage show called the Carnival of Carnage. Utilizing classic vaudeville and magic tricks, they put on a mesmerizing and chill inducing performance.

The show is not for the faint of heart. But the talent on that stage was unbelievable. An immeasurably talented horde of dancers and performers moving in sync to a cacophony of music, carnival lights, and explosions, all led by an incredible master and mistress of ceremonies.

Watching this show on Tim and Jenn’s channel is what finally convinced me that I had to put on my big boy straight jacket and get to Horror Nights.

But one of my favorites Scareactors that year didn’t even have a name. However, she did have a stage of her own, and she owned it. The performance by this nightmare nurse running her own chaotic costume contest is one of the best I’ve ever seen. The clip begins around the 17:47 mark but I’d recommend watching the whole video, just to see Tim attempt to eat possibly the most decadent – and messy – Horror Nights treat to date, the Churro Dog.

Obviously I don’t know this Scareactor but I’m one of her biggest fans. She never breaks character. Never seems at a loss for what to do or say next, and it’s so entertaining. And obviously someone at Universal thinks so too because, if you listen carefully, you may here that distinctive voice pop up at other events around the resort in a less horrifying performance.

Even if you didn’t go through any of the ten haunted houses, or mazes, you could still have a blast at Halloween Horror Nights, without being too terrified. And you can still get up close and personal with some of the Scareactors by making reservations for Scareactor Dining Experience at the Universal Studios’ Classic Monsters Café.

The restaurant is already decked out year round with monster theming featuring Drac, the Wolf Man, Frankenstein’s monster, and other classic beasties. But during Halloween Horror Nights, while you eat, you’ll encounter other deadly diners, having escaped the houses around the park, who are dying to have you for dinner. Err, that is, have dinner WITH you!

Tim and Jenn have done it multiple years and it always looks well worth the added expense for this unique experience. It’s like going to a Broadway show then going to dinner and getting personal performances from the actors as they stopped by your table. I mean, if Broadway actors had rotting flesh or fangs.

In one of my favorites, a classic HHN icon, the Usher got really familiar with Tim, and even decided to take over the vlog for himself.

I know Halloween Horror Nights isn’t for everyone. But I believe you might be surprised how entertaining it is. What always amazes me is how much I just laugh and smile.

Along with the creative minds who dream up these nightmares, and the builders and technicians who create them, the Scareactors deserve so much credit for bringing it all to life. 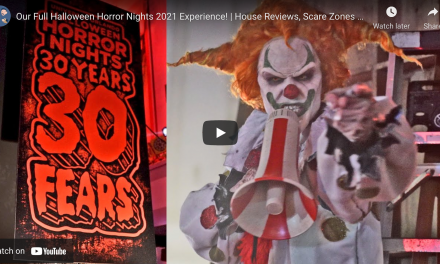 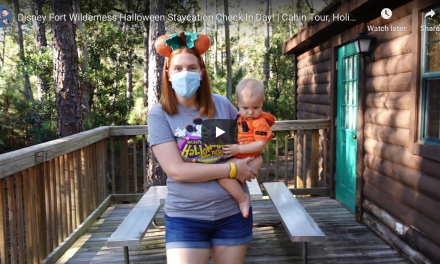 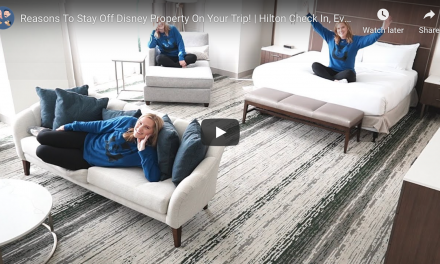 3 REASONS TO STAY OFF DISNEY PROPERTY ON YOUR NEXT TRIP