Look, it’s almost impossible to name a favorite Tim Tracker video. It would be like choosing
a favorite child (or at least saying it out loud.) Okay, maybe not that serious, but like picking
your favorite of the Disney parks (Animal Kingdom. What? Never mind.)
But there is one that really sticks out in my mind, and I watch it every now and then,
because it puts a smile on my face. It’s called “Universal Orlando is Fun for Kids Too!!!”
from April of 2015.

This was also around the time I discovered Tim and Jenn’s channel so that might be one
reason I love it, but it’s more than that. In fact, this was shortly after I discovered the video I
wrote about earlier where they rode all the water rides. This vlog features one of my
favorite rides in all Islands of Adventure – One Fish, Two Fish, Red Fish, Blue Fish. And yes,
you do get wet!
When my son and I rode it, we were (blissfully?) unware of the instructional song that
plays along with the ride. If you don’t know what I’m talking about, One Fish is a similar
ride to Dumbo or the Magic Carpets of Aladdin at Disney’s Magic Kingdom. However this
ride includes, uh, water features, along with a special theme song that gives you clues as to
when to fly up, and when to drop down, if you want to avoid getting sprayed by
expectorating fish.
Truth be told, we were laughing so hard and making such great memories, I would have
ignored the warnings anyway. We rode it at least three times on our first visit.
I love all of Seuss Landing. I think it’s an often overlooked part of Universal Orlando. It’s
silly but touching, much like the works of Dr. Seuss himself. I wish he’d lived to see this
theme park facsimile of his creations. The buildings, the plants, even the sign posts reflect
his artwork. There few straight lines in Seuss landing, which I suspect is how Seuss would
prefer it.
It’s fun to watch Tim and Jenn playing in Seuss Landing, acting like kids themselves in,
along with their friend Antony and his family. I enjoyed
watching Antony, an Englishman, try a maple bacon cupcake for the first time. Although
based on his reaction, I doubt I’ll be ordering one on my next visit.
There are also some fun Easter Eggs in this vlog. For instance, when Tim stops to watch
some of the “Oh! The Stories You’ll Hear” stage show, there’s a familiar performer who will
feature prominently in future Tracker vlogs, specifically around Halloween. I can’t say for
sure if you’ll recognize them, but there’s a chance.
I’m a big fan of weird little moments, and dad jokes, and maybe my favorite moment in any
Tracker vlog happens in this video, and I’m certain neither Tim nor Jenn was even aware of
it at the time. They go to dinner at Cowfish in CityWalk, just as a deluge hits Orlando. While Tim records from the upstairs, parks guests are outside running this way and that to avoid
the downpour. Literally as a group runs past in the rain, the Bruno Mars song overhead
sings “Run away, run away, run away baby!”
You couldn’t have planned that shot it you tried.
Whenever I’m missing Islands of Adventure, or just in a Seuss kind of mood, I put this video
on. It’s like a warm blanket, and a cold pillow. Perfection.
Incidentally, I’ve yet to eat at Cowfish but I am dying to give it a try sometime. If you’ve
never been, the menu features crazy burgers, which, let’s be honest what new restaurants
don’t these days, but there’s look awesome. And it serves sushi! Tim and Jenn have gone to
Cowfish numerous times throughout the vlogs. You watch their very first visit below.

And if you want the full, insane Cowfish experience, check out the time Tim got “The
Cowfish Has Officially Left the Building” – a massive cheeseburger dedicated to The King
himself. It’s a full pound of ground beef, peanut butter, fried bananas, and bacon on a
brioche bun. Like a rhinestone-laden jumpsuit, it’s a thing to behold! 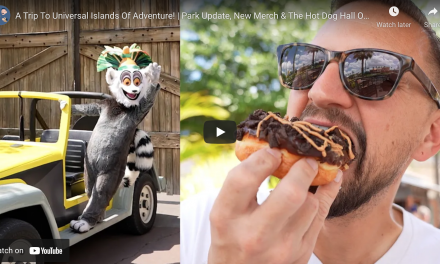 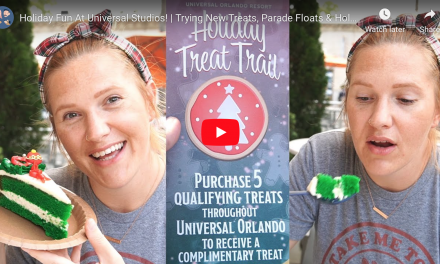 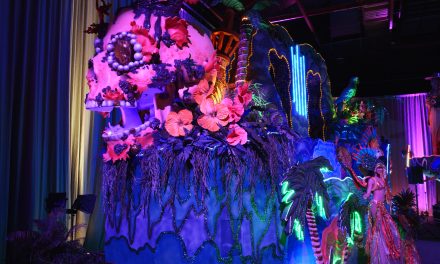 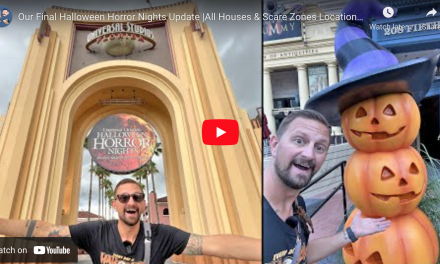 What To Expect at Halloween Horror Nights 31!